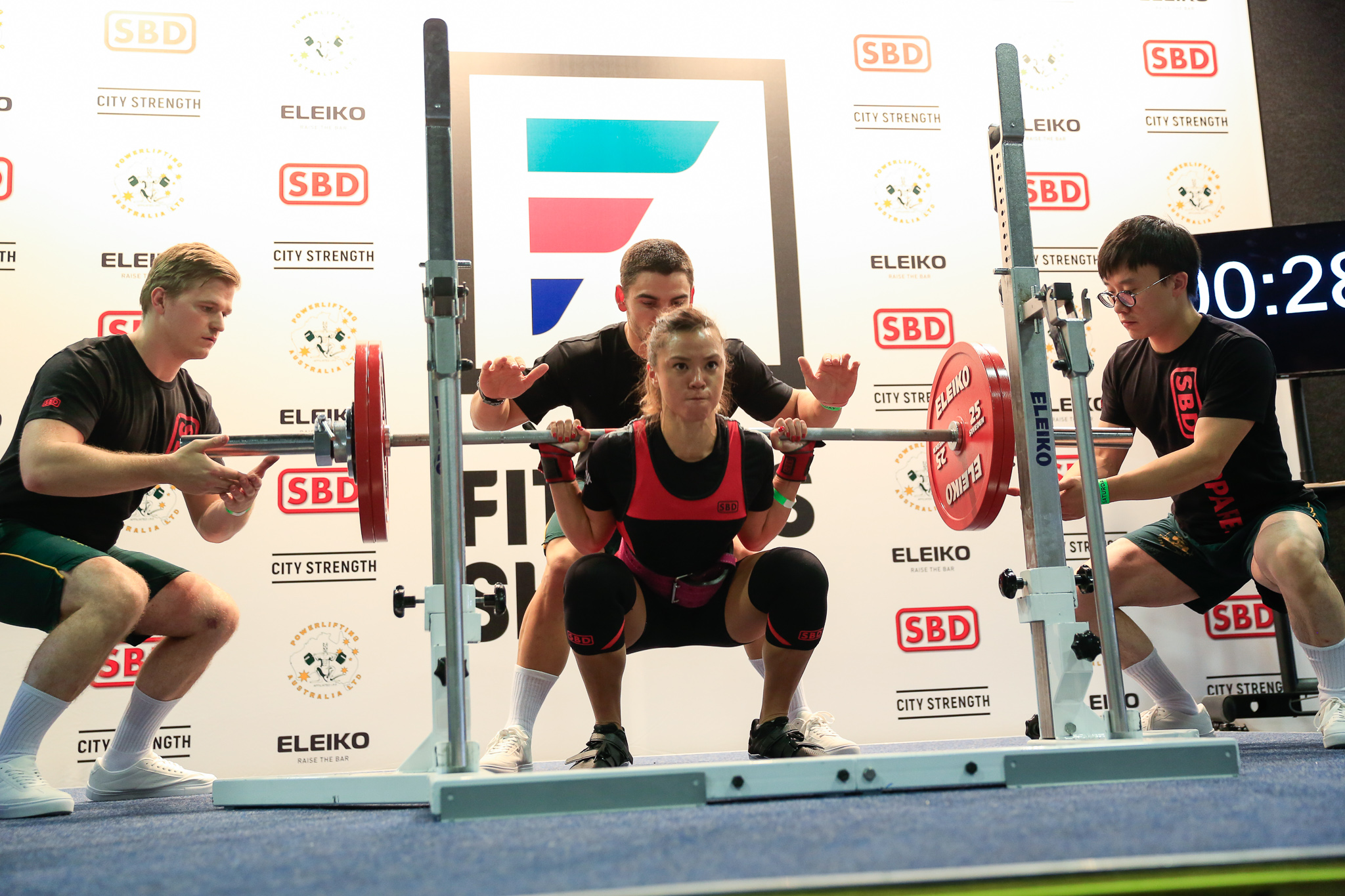 Posted at 05:44h in Uncategorised by opadmin 0 Comments
0 Likes

Over 100 lifters took part in the Fitness Show Sydney at the premier International Convention Centre for the Asia Pacific Challenge 20-22 April 2018. In addition to the traditional Oceania Nations mainland China made its debut on the World Powerlifting stage. Australia, New Zealand and Hong Kong produced top performances, whilst powerhouse Nauru continued to produce record-setters.

As usual, the standout in the men’s lifting was the Nauruan Goliath, Jezza Uepa. Jezza just missed a record Squat and Bench Press but still came through with a quality 1030kg Total in the 120+ class with a Wilks of 551.15. Trailing not far behind was Australia’s Nathan Tanis with an Oceania and World Record Squat of 300kg and a 760kg Total at 83kg.

Each of the other classes had quality winners, with Oceania Records also set by Karl Di Falco in the Squat with 227kg in the 66kg class, Alvin Lim in the Deadlift 282.5kg and with Total 672.5kg in the 74kg class, Hung Phan in the Deadlift with 322.5kg in the 105kg class and last but far from least was Sane Faatoe Bench Press with an enormous 236kg at 112kg bodyweight.

From here Oceania’s top lifters go on to a slew of national and international events in 2018 culminating with the Oceania Championships in Nauru in December.