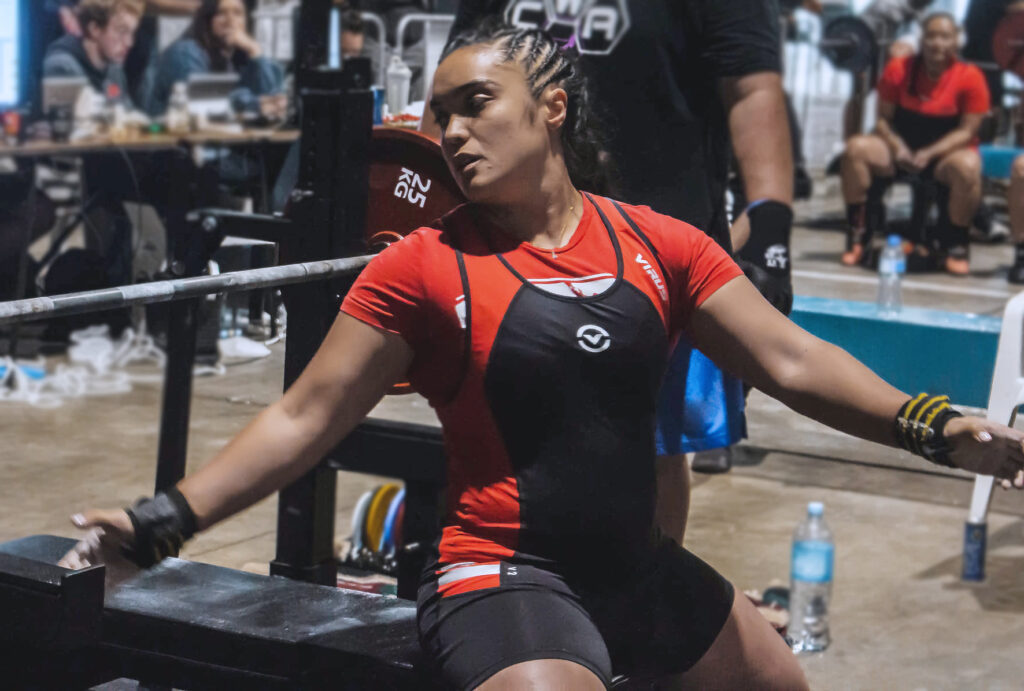 Posted at 15:44h in Uncategorised by opadmin 0 Comments
0 Likes

Eight cities stretching around Australia and the Pacific worked together to create a successful 2020 Pacific Invitational. Nauru, Auckland, Christchurch, Perth, Hobart, Melbourne, Sydney and Brisbane each staged a division of the big event and final results were compiled centrally, as athletes from five nations overcame the challenges of lockdown to achieve stellar performances.

New Zealanders took out both Best Lifter trophies in Powerlifting. 611 new points and a World Record Deadlift of 227kg at only 74.6kg body weight saw Karlina Tongotea dominate in the Women’s. More records will surely come when she returns to her native 72kg class. In the Men’s NZer Josh Tukua lifted away from home in Brisbane to PB by a long way with 753kg at 85kg and just miss the 600 points mark.

More World Records came in the Women’s. The Squat marks took a pounding from Yani Zhao 200kg at 84kg in Sydney and the improving Jewel Tasi with 220kg at 100kg in Auckland, while Riri Ropata came from nowhere to claim the 100+kg Deadlift Record with 241kg. In the Men’s there weren’t as many Records, but Taggart Duburiya in Nauru had big points with 735kg at 85kg. Reigning Supers World Champion Tony Reinmuth began an improbable drop to 120kg with 20kg bodyweight loss and a still good 880kg total.

In the world of the Bench Press specialists Langer Wharton of Nauru was the clearcut best with 210kg at 105kg. Special mention has to go to the Master’s Lifters Ronald Talasasa of Solomon Islands and Tiko Sakiusa of Fiji who overcame the tyranny of distance to come through in their divisions.

Back in action now, onward to the Oceania Championships in Melbourne and New Zealand (Junior/Masters) go the Region’s lifters.